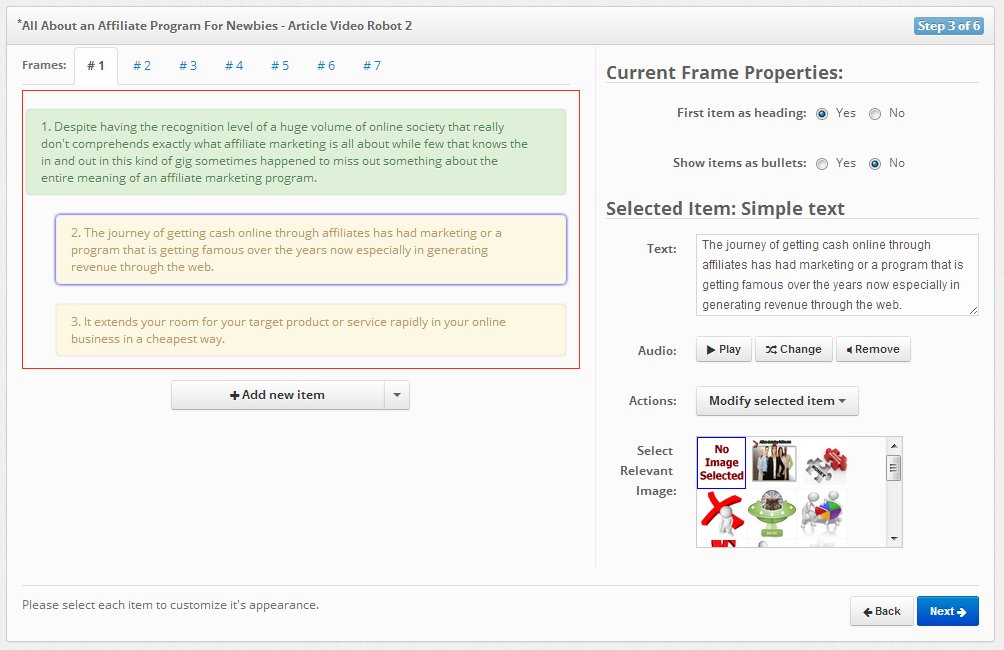 In the final video, headings are displayed more prominently as marked by the red rectangle and sub-headings are replaced underneath it as represented by the blue rectangle. Bullets are placed similar to sub-heading but are visually shown differently in a video. 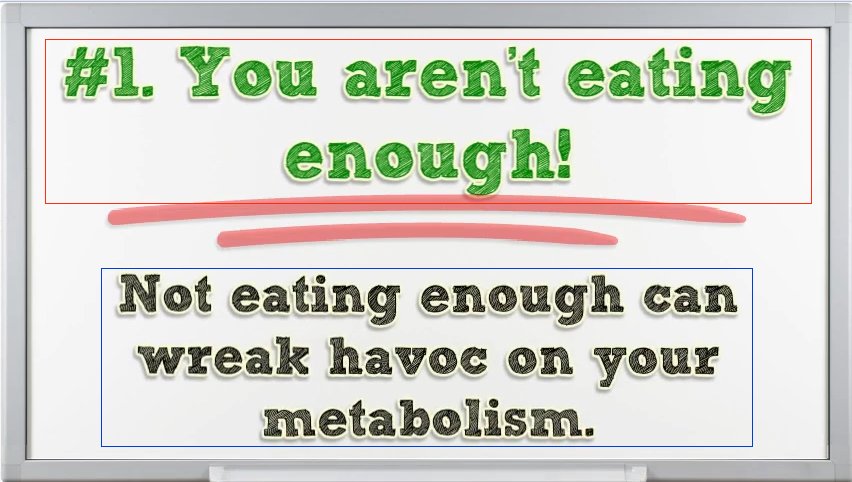 You can decide whether a frame should be shown as bullets or not from the frame properties dialog at the top left.. You can also decide whether you want to show the first item as heading or not. 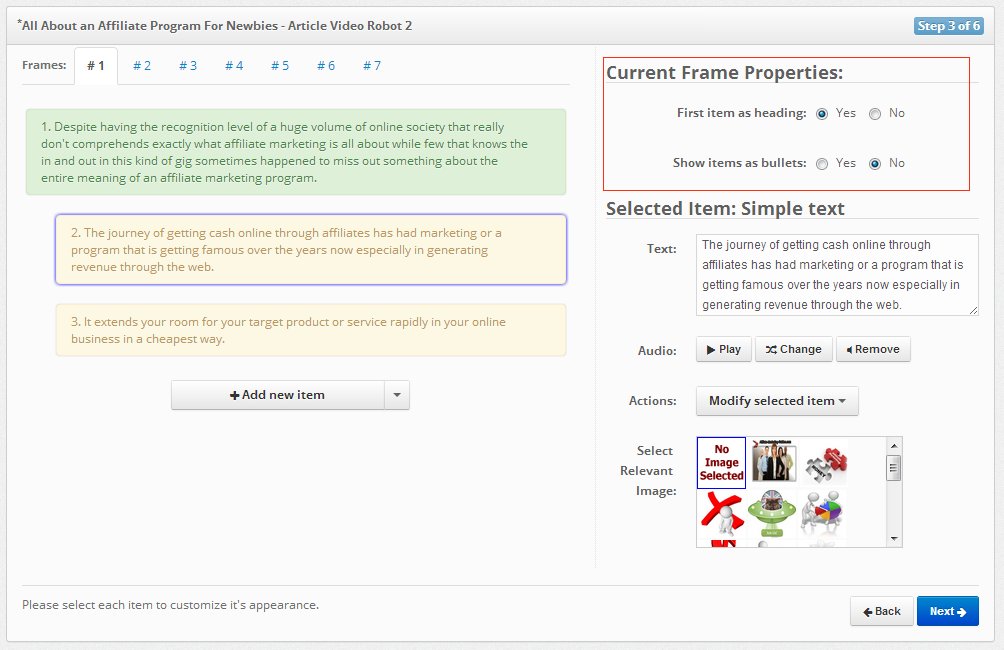 We highly recommend that you should have at least one frame with heading and one frame with bullets in each video to capture your viewers’ attention with different visual styles.